The speaker Anthony Hilton was part of the previous event. To review the most recent speakers list, click here.
View All Speakers 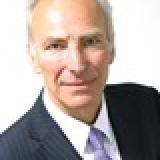 Anthony Hilton, the chief economics and business commentator for the Evening Standard is one of the longest serving British business journalists having joined Fleet Street in 1968 as a Trainee on the Guardian, with an MA in economics. A multiple award winner for his journalism he last year collected the Journalist of the year award from the British Insurance Brokers Association and in March was given a life time achievement award by the ABI. His most recent success was the Headline Money Award for “ Outstanding Achievement.” He began his public speaking career when he worked for three years as economic commentator for Channel 4’ on The Business Programme in the late 1980s and subsequently went on to devise and co present the Stocks and Shares Show for ITV. Currently he is the finance and business commentator for the Evening Standard and a weekly columnist for The Independent. Anthony will be delivering the keynote ‘An update on Brexit negotiations 18 months on from triggering Article 50: What has been the impact on the economy, EU-UK trade relations and the investment landscape?’ on the 11th September.

Check out the incredible speaker line-up to see who will be joining Anthony.

*Processing your payment may take a moment. Please click submit payment only once, and do not refresh this page. Doing so may result in your credit card being charged more than once.

We use cookies and similar technologies to recognize your visits and preferences, as well as to measure the effectiveness of campaigns and analyze traffic.
To learn more about cookies, including how to disable them, view our Cookie Policy