The speaker Louis Gargour was part of the previous event. To review the most recent speakers list, click here.
View All Speakers 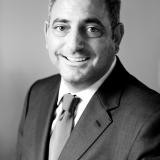 Louis runs the investment management team at LNG Capital, leading idea generation across credit markets. As CIO, Louis oversees investment and directs the organization’s investment management decisions. He has over 30 years investment experience with expertise in government bonds, investment-grade, high-yield, distressed, and special situations. As a result of his strong performance Louis and his team have been nominated for numerous awards and honourable mentions from Eurohedge, Investhedge, HFR, Hedge, Barclays Hedge, and others. Besides his duties as CIO, Louis is active in the financial policy and reform debate as a frequent contributor to Financial Times, Wall Street Journal, Barron's, Reuters, Bloomberg, He regularly speaks at major industry conferences, as well as CNBC and Bloomberg television. Louis founded LNG Capital in 2007. Previously he was Head of Fixed Income at RAB Capital, a London-based 7 billion Aum hedge fund. He had overall responsibility for fixed income research trading and investments. Prior to his role at RAB, Louis held senior positions at Goldman Sachs London, J.P. Morgan London, and began his career on Wall Street as a graduate of the highly acclaimed Salomon Brothers international management training program. Louis holds dual majors BS  Finance\International Management from Georgetown University Washington DC,  Exchange Masters Programme at Boccioni University Milan, and holds an MBA from London Business School with distinction.

Check out the incredible speaker line-up to see who will be joining Louis.

*Processing your payment may take a moment. Please click submit payment only once, and do not refresh this page. Doing so may result in your credit card being charged more than once.

We use cookies and similar technologies to recognize your visits and preferences, as well as to measure the effectiveness of campaigns and analyze traffic.
To learn more about cookies, including how to disable them, view our Cookie Policy